Not all getaways have to be far! Long Beach is literally 45mins to an hour from Staten Island. About two months prior we were looking for places to go for Memorial weekend; we were hoping to come across some kind of flight deal but that didn’t happen. Then we started looking into Atlantic City- hotel prices were out of this world and Airbnb places were all gone. Then we started looking into parts closer in New Jersey and also New York City- prices were still expensive. Then before giving up we decide to look into Airbnb’s on Long Beach. Honestly there weren’t many places left but we found this cute little beach house that was pretty much perfect for us. Normally I am very reluctant when the homeowner doesn’t have any reviews yet, but I guess I was so stuck on not wanting to be home for Memorial Weekend that we decided to take the risk.

The start of our trip was VERY rocky. We’re driving on the Rockaway Turnpike and bae’s transmission begins to blow out smh. Lucky enough we were able to drive the car off the turnpike into a gas station. It was about 95 degrees that morning and we sat for hours between looking for a tow company and waiting for the truck to come. We had groceries in the car- the cheese began melting so we had to put the milk, cheese and fruits by the AC vents to try and keep it cool. When the tow truck called and said they were near we then ordered a Lyft. Being that we were more than half way there the price from where we were to the house was only about $35.

As soon as we got to the house we settled in took a shower and headed over to the beach (which you need a beach pass for). But ahhh…it felt so good when my feet hit the sand. We put our drinks in our Fat Tuesday cups and brought our little speakers. We didn’t stay too long because it started getting too windy and I was getting cold.When we got back to the house we started cooking and just talking about life, goals and plans (the typical things we do). After dinner we took a late night stroll to the broad walk and it was empty which allowed me to get a really dope pic without people in the way. 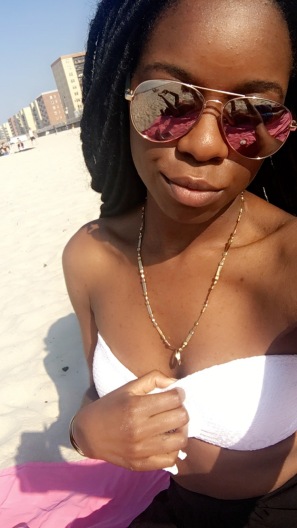 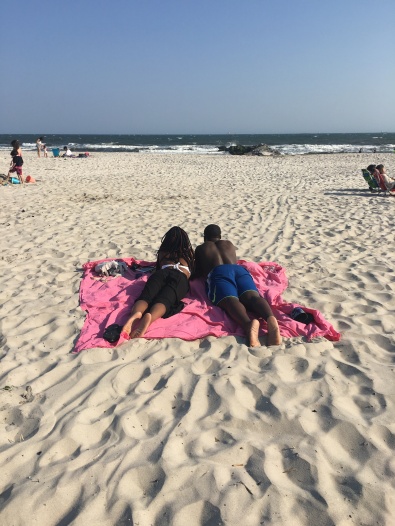 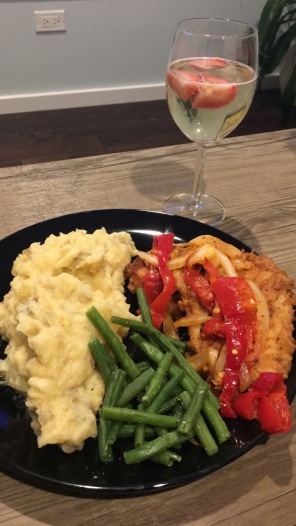 The next day we (meaning ME) cooked Sunday brunch…pancakes, potatoes, turkey bacon, and eggs with everything in it. We had a cute little set up in the backyard so we dressed up and had an outdoor brunch. After brunch we made our pineapple drinks and went back outside to soak up the sun a little bit more before heading to the beach (you can’t have an open display of alcohol at the beach). When we got back from the beach, I knocked out and woke up around 11pm…and bae was in the kitchen making dinner 🙂 Shrimp and spinach alfredo pasta with salamon. 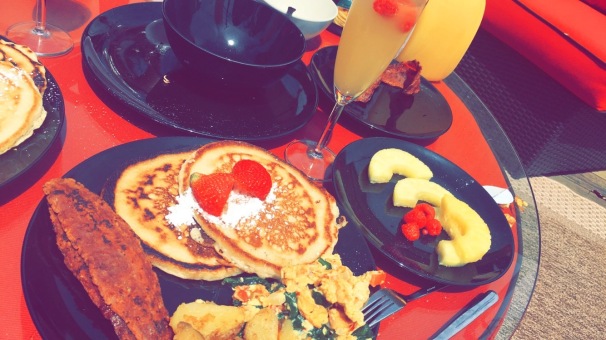 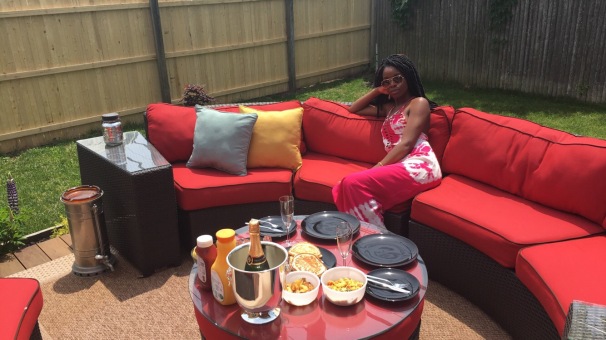 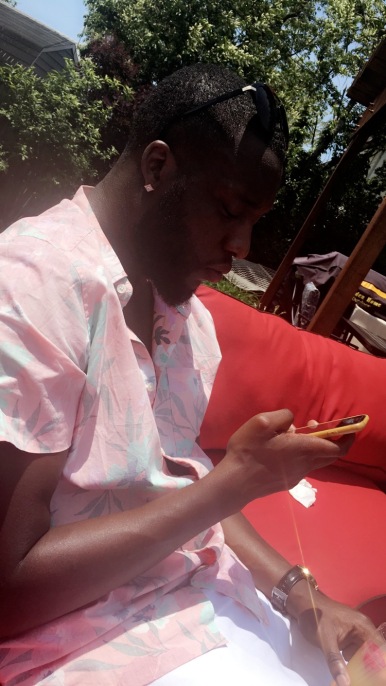 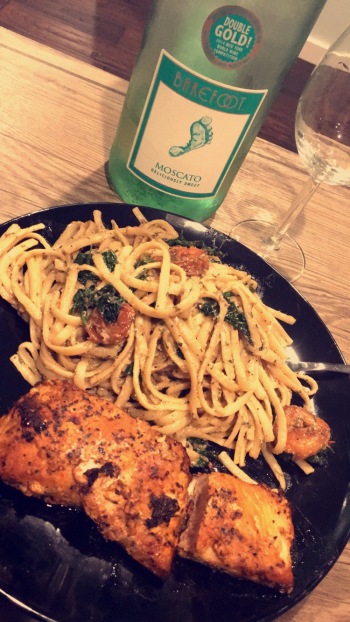 Overall the whole weekend was amazing. It felt so good to take a break from home and the city life. It was really an affordable getaway. I think we paid a decent price for the house but I’m sure it is cheaper when it’s not during a holiday weekend. Our host was super informative. The house rental even came with beach passes and bikes…she even gave us a welcome bottle of red wine.

Details and more pictures below 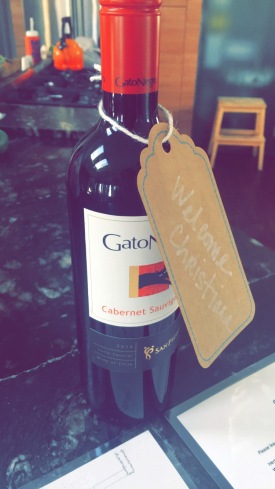 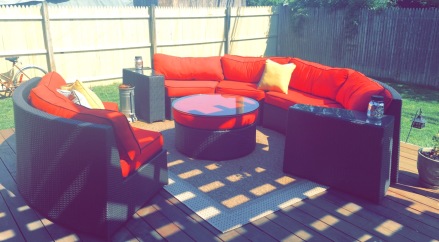 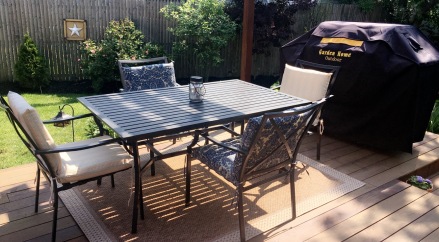 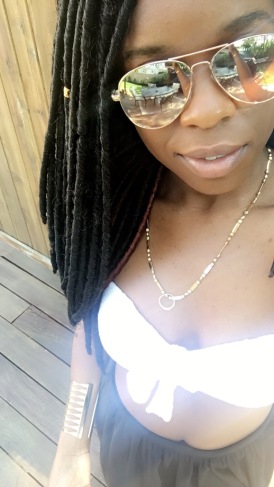 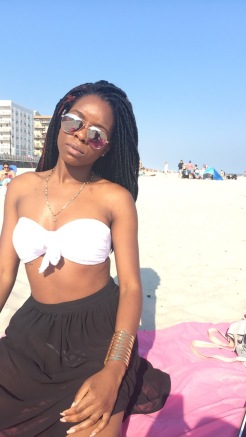 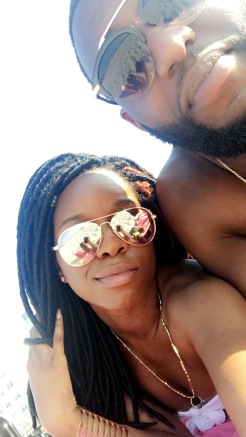 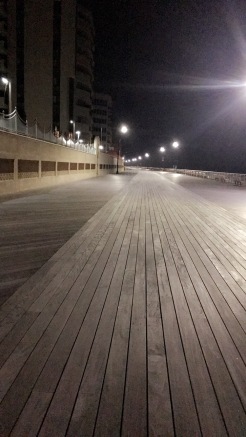 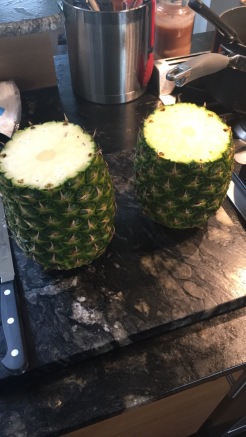 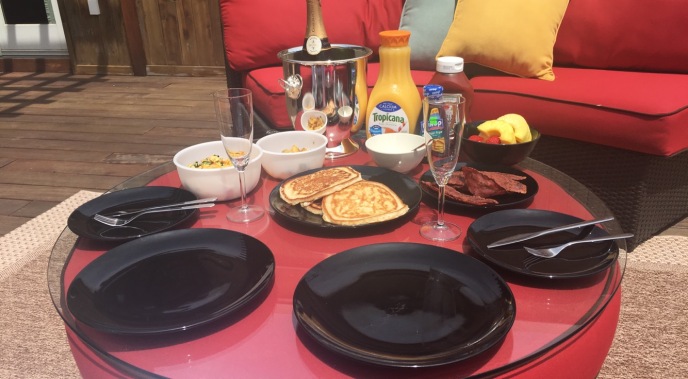 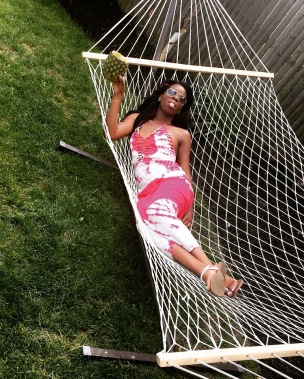 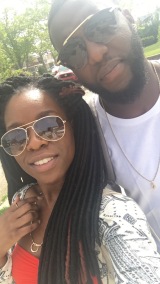 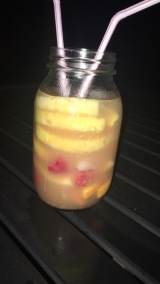 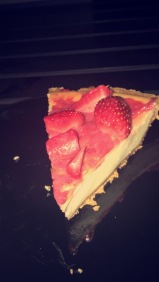 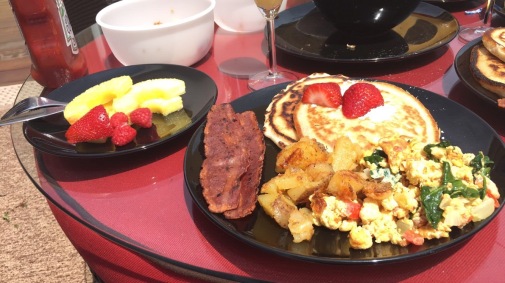 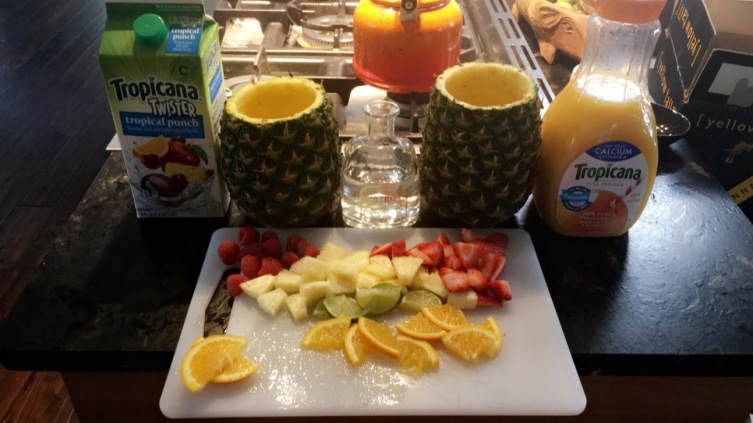 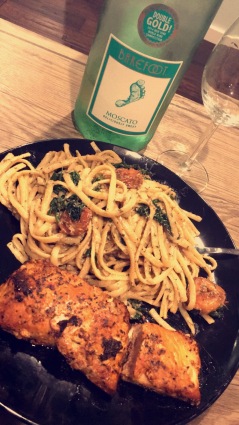